HTM Fiets – from an idea to a genuine product 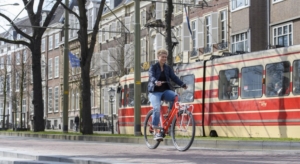 At the end of 2017, people taking part in the HTM panel were invited to come and talk about a new product. The idea of the shared HTM bicycle was put forward there. Now, eighteen months later, the HTM Fiets is a reality. Shortly after the launch, we asked the panel how familiar they were with the HTM Fiets. Over the coming time, familiarity with the HTM Fiets and the service itself will be extended further.

The HTM panel is implemented by Citisens

New: up-to-date changeover information in the bus
Scroll to top